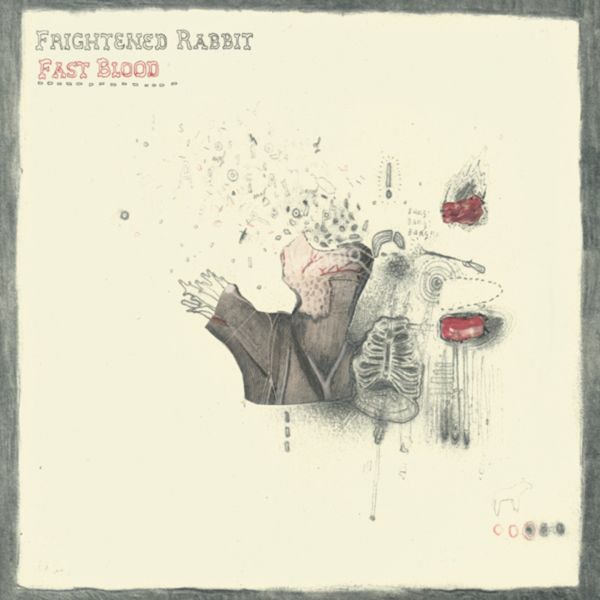 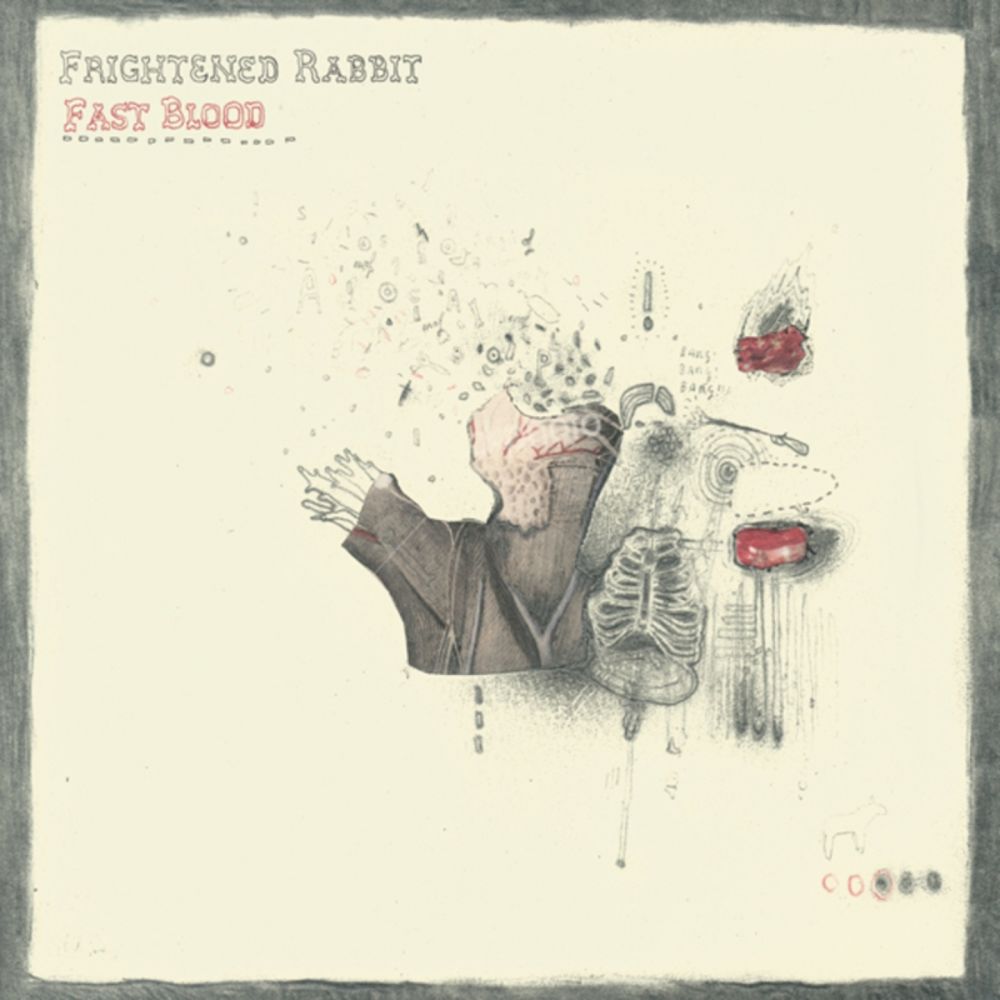 2010 saw Frightened Rabbit finally step into public view, with widespread touring and their acclaimed debut LP ‘Sing The Greys’ finally made widely available in Autumn 2007 in a revised and significantly revamped form. Following on swiftly with the ‘It’s Christmas So We’ll Stop’ 7” to round off the year, 2008 has already witnessed further live performances, and a batch of fresh material, delivered via their sophomore LP ‘Midnight Organ Fight’, and the preceding single ‘Head Rolls Off’. ‘Fast Blood’, the second single to be taken from the album, is musically and lyrically redolent of the bands entire oeuvre, the song standing as comfortably alone as it does being the centrepiece to their album. Recorded by Peter Katis (Interpol, Mercury Rev), ‘Fast Blood’ is an emotionally fraught tale shot through with black humour; another epic slice of kitchen sink realism concerning romantic failure, relayed with a life-affirming intensity. The plaintive ‘Soon Go’ was self-recorded with Marcus Mackay and is exclusive to this release.

An unconventional three-piece with a defined personality, and a gift for being able to nail a near perfect pop song, Frightened Rabbit convey candid tales of ordinary folk with a wry, acerbic wit via an eloquent, emotive, modern garage-pop aesthetic. Comprising Scott (vocals, guitar), Billy (guitar, keys), and Grant (Drums, vocals), the origins of the band are rooted in 2003, when Scott began playing solo shows under the name Frightened Rabbit, with his brother Grant joining in 2004, and Billy completing the line-up in 2006. Lyrically ranging from incisive social commentary, to lucid, humourous explorations of interpersonal relationships, Scott’s songs are essentially folk-tinged pop songs with more fervent ambitions. Somewhat atypically there is no bass, but crucially nothing is missing; Billy’s second guitar augments or bolsters Scott’s guitar/vocal hub, or drops an octave to add weight or bottom end. Grant’s drum patterns are alternately or simultaneously physical and adroit, adding accent and eloquence to the score. But primarily, Frightened Rabbit is so much more than a sum of these parts, the band combining together to form something singular and complete.

Recorded over the space of two weeks, and mixed over the ensuing fortnight, ‘Midnight Organ Fight’ was conceived and realised in a much shorter time span than its predecessor, with the intention of creating a more coherent, ‘pop’ sounding album. Yet although musically more immediate, vitally, the band have not forsaken the personality or passion of any of their earlier recordings. Scott Rabbit expands: ‘I feel the general FR weirdness is still apparent in the lyrics and this makes for an interesting sort of juxtaposition. It sounds kind of clean, but its actually pretty fucking dirty once you get listening. Saying that, i hope all the reasons why people loved Frightened Rabbit in the first place are still there, only they may have been amplified somewhat’.