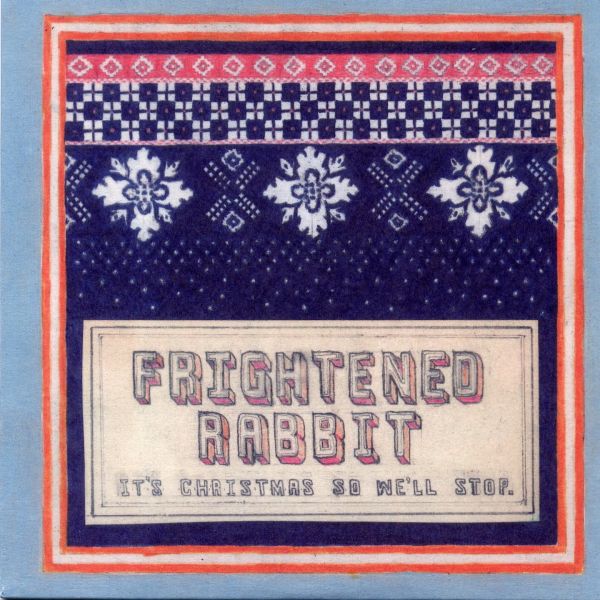 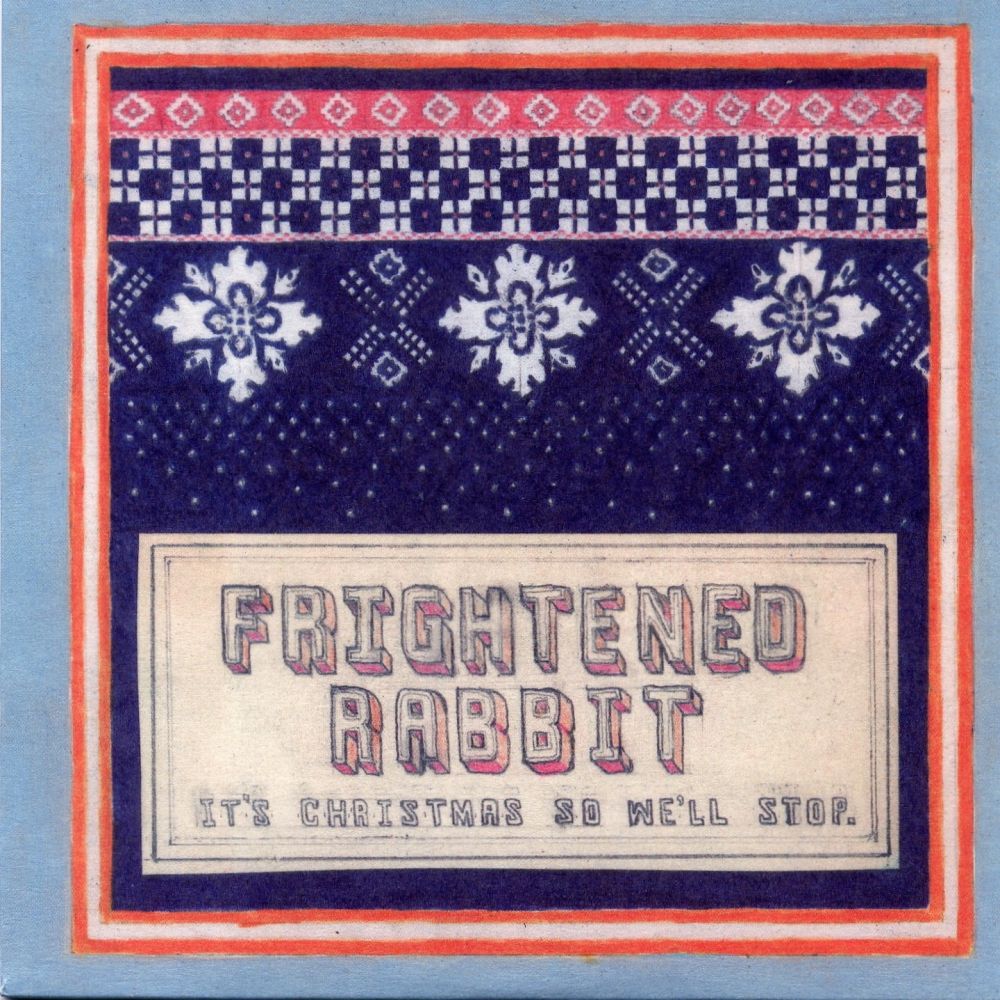 15th December 2008 sees the release of a Frightened Rabbit Christmas single for the second year running. Whilst the same song appeared on 7” exactly a year ago, it is re-issued here in a radically re-mixed version – trimmed down and instrumentally re-scored and expanded - including the addition of sweeping strings, flutes, brass, Rhodes piano and a full choir - by fellow FatCat artist, David Karsten Daniels. Simultaneously rousing and uplifting whilst informed by a brutal sense of realism, ‘It’s Christmas So We’ll Stop’ is a brilliant xmas song in the bleak vein of The Pogues ‘Fairytale of New York’.

Enhanced by its stunning reconstruction, ‘It’s Christmas So We’ll Stop’ remains a glorious, festive slice of kitchen-sink realism; a candid breath of fresh air amongst the glut of commercial excess, knowing and somehow celebrative despite itself. As chief Rabbit Scott Hutchison expands: “’It’s Christmas…’ is about people deciding to be pleasant to one another for about a day, regardless of whether or not they actually get along the rest of the year. There's the same fallout after christmas as perhaps a night out where you end up in someone else's bed - the next day, after the drink has worn off and the warm lights are turned off, everything's just as shit as it was the day before and that feeling of comfort disappears. I feel like i have a similar relationship with christmas as i do with booze. Each make me feel nice in a fairly false way, and they are really the only two things i actually spend money on, aside from food. It’s also about that total indulgence period, which always comes with the promise that you'll eat less, drink less and spend less really, really soon... always tomorrow. I feel it’s maybe healthier to live a little more consistently (not that i do), but often humans need excuses to be nice and giving and loving to one another, and Christmas is one of those times, for better or worse’. This is borne out in lyrics such as “let the rot stop just for one day”, or the hammered-home pay-off, “the next day life went back to it’s bad self”.

Oregon-based David Karsten Daniels (whose gorgeous ‘Fear Of Flying’ album was released on FatCat in April this year) speaks about the track, and how he approached the project as a re-fit:
“On first listen, I had trouble hearing what could be done to make it any better – ‘It's Christmas So We'll Stop’ is such a simple, lovely little song and I was fond of the mix and arrangement as it already existed. So when the tracks finally arrived in the mail I put them into the computer and got the mix going as close as possible to the original. With a very light touch I began to add little things: a solo cello part to join the viola that was already there, a regal trumpet part and small group of trombones, the high strings that you hear towards the end.

“Once the band and label heard what I'd done, they asked for even more of it and gave me full license to really run with the song and make it something new. As my father is a church choir director, one can imagine I've sat through many a Christmas concert. John Rutter, Ralph Van Williams - all the old Christmas sacred music heavyweights (most of them English) kept coming into my head. Along those lines, harp was added as were winds (flute, bassoon, oboe) and a Rhodes piano (played in the upper register so as to sound like a celeste).”

The result is a stunning new version that lusciously optimises and expands the old, increasing the dynamics and the pull between light and shade, building incrementally and extracting the absolute essence of the tune. The B-side of the vinyl release features an etching drawn by Scott Hutchison, whose distinctive graphic style has graced all the band’s records to date.