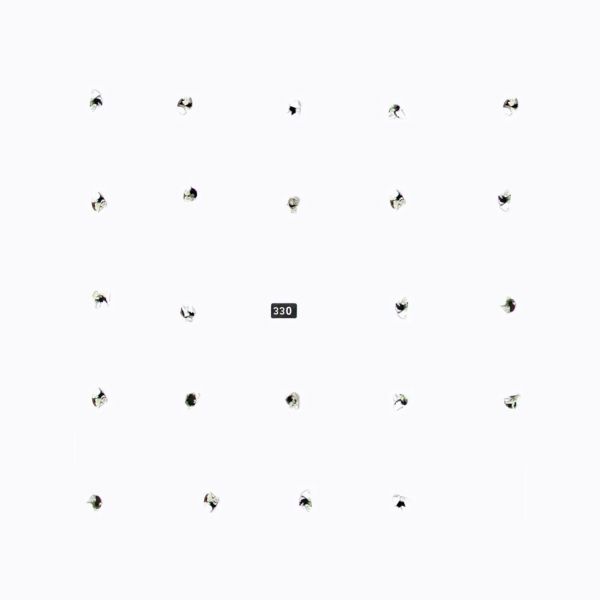 A hugely exciting new talent, Katie Gately is a Brooklyn-born, LA-based artist with an academic background in film sound production and editing. Having only recently stepped out from her regular job as a sound designer in the film industry, Katie has crafted a set of brilliantly intricate and ambitious sound pieces that exist in a borderzone between electroacoustic composition, field recording and deconstructed pop. Mixing the widescreen scope of Scott Walker or Julia Holter and the precise playful abstraction of Matmos and Holly Herndon or Radiophonic pioneer Lily Greenham, her music tends towards the epic, luxuriating in rich textural detail and its own world-forming creative potential. Whilst finding anchorage in established songform, her structures are dynamic, disjointed and explosive. Gately's first release was 2013's brilliant, eponymous EP on Public Information, which was followed by a cassette on Blue Tapes and, earlier this year, a lathe cut split 7" on FET Press.

The product of many months of painstakingly obsessive recording, processing and editing (to the extent that she developed tendonitis whilst making this), Katie's offering for this split 12" is a staggeringly bold and ambitious composition. A restlessly playful, hyper-intricate, 15-minute sprawl of a track, 'Pivot' shifts around constantly - feeling its way into being through a spartan, alien space of treated vocals and gestural sound-slashes set starkly against negative space. From this, the track snakes through a variety of morphing spaces, gaining density and flowering into a gorgeously rich, fractured pop ballad.

At the core of the track lies a song and recognisable lyrics, yet Katie's voice is so much more than merely the traditional carrier of the narrative. Pitch-shifted and time-stretched, chopped and layered into choirs, switching its gender, rendering it into pure malleable texture, her heavily manipulated voice seeps throughout the track. In one of several features on her, The Quietus wrote how "Gately is over-exposed; she is literally everywhere inside the composition... refracted into myriad voices, some of which are identifiable as her own soft soprano while others sound like completely non-human hisses, pulses and drones. multiplied and warped in translation into a looping and halting techno-glossolalia."

Of her production process, Katie says "I enjoy forgetting what original sounds are, processing things into obliteration. The little voices at the start are a sample of me singing into my laptop speakers with the fan on and the window open - a masochistic test in 'saving audio' via editing, de-noising and processing." Setting the constraint of using no midi and no presets, her process here mixes painstaking experimentation ("going through 20 iterations of an effect until i get it just right") with chance ("other sections I will mute the set and automate levels without listening and just say "fuck it... I like including both extreme precision and extreme chaos... in film I have to be compulsively anal and precise and restrained, I'd like my music to be more risky, messy, personal. In this case, to think of things I find embarrassing or shameful and then to expose/ embrace that stuff pretty aggressively with a bit of a sense of humor and fun").

Listening to lots of jazz and classical music, and "feeling drawn to instruments even though I have none and can't play", Katie attempted to embrace those desires via editing/ processing. All the instrument samples on 'Pivot' are from a cartoon sound library. "I wanted to see if i could turn them on their heads and make something a bit more serious and scary, and to incorporate animal calls and vocal processing to the point where things are hard to pull apart from each other." What results is a breathtaking, hugely impressive achievement.