by KNIGHTSTOWN on FatCat Records 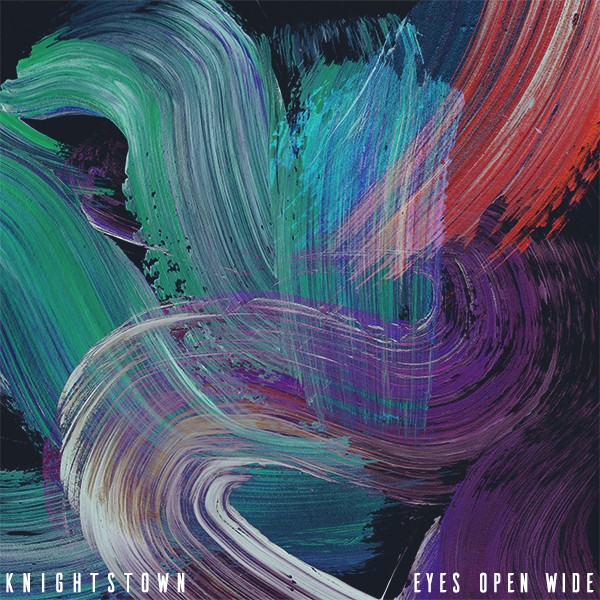 Knightstown is the solo vocal/electronic project of composer and songwriter Michael Aston. He was signed to FatCat in 2016, after submitting ‘Disparity’ in 2014, a demo which quickly became one of the label’s most listened to tracks on the FatCat Demo site. Working closely with his cousin and producer, Thomas Aston, Knightstown honed the project over the course of a year. The end result is a 10-track album that is beautiful, dark and evocative. The self-titled record ‘Knightstown’ is influenced by left-field downtempo and electronic contemporaries, but still inhabits the world of ‘pop’ in its broadest sense.

His debut single ‘First Cry’ was described by DIY magazine as “sensitive and intricate, a bittersweet voyage”. The single won praise from a wide range of publications, many noting Aston’s love of Bach and how his classical education impacts his songwriting

New single ‘Eyes Open Wide’ offers another glimpse into Aston’s fixation with melody and his honest and often heartfelt style. Lyrically the song is an abstract meditation on the quest for happiness and the sublime. Much has been written about our generations overreliance on technology, how screens and social media infiltrate our senses and moods. This track seeks to explore these ideas. “The song is concerned with freedom, and as such when I hear it back it’s like a gasping for air” says Aston. Influences on ‘Eyes Wide Open’ are diverse. Aston refers to the specific musical inspirations as “classical and choral earworms going back years and years” Beach Boys, The Fez Soundtrack by Disasterpiece, Le Mystere Des Voix Bulgares, Roisin Murphy – an eclectic bunch all contributing to the Kinghtstown sound.

B-side Ardour is a meditative affair, more downtempo than ‘Eyes’ Wide Open’ and showcasing Aston’s deftness in creating space. According to Aston “The lyrics are sung from the perspective of a person communicating a series of enlightening reflections to their soulmate, and the listener is invited to guess at the stories and meanings behind these reflections”