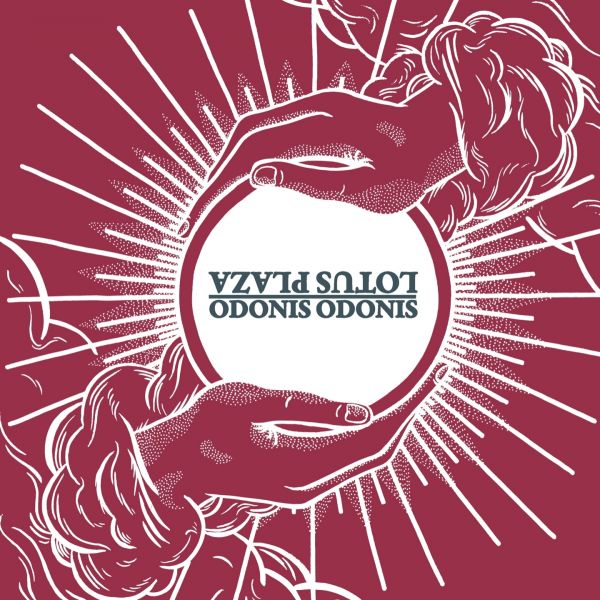 The third release from our split 12” series sees two artists experimenting with a similar mix of influences, notably 90’s shoegaze and 80’s pop but producing very different results; the elegant soar of Lotus Plaza contrasting with the veritable sonic rollercoaster of Odonis Odonis. Lotus Plaza is the solo project of Deerhunter’s Lockett Pundt and, just as Animal Collective’s Noah Lennox uses the Panda Bear pseudonym to present a singular vision, devoid of outside influence, Pundt plays all the instruments on the recordings, save the odd guest appearance from a friend. As documented on the debut Lotus Plaza album ‘The Floodlight Collective’, released on Kranky in 2009, Pundt uses this creative freedom to weave a distinctive mix of lush textures together, based around his trademark arpeggiated guitar loops, programmed drum beats and heavily reverbed, harmonised vocals.

The juxtaposition of fluid guitar and vocal lines on top of hypnotic, repeated rhythms gave ‘The Floodlight Collective’ a dream-like quality that drew the listener in to its thick, hazy atmosphere. The submerged vocals hinted at snatched half-memories, and were often delivered with a yearning melancholy that added to the introspective and enveloping feel of the record that led ‘Drowned In Sound’ to declare it ‘one of the best late-night albums of the year’. Whilst Pundt has fronted Deerhunter songs in the past, notably on the compelling, tightly-wound ‘Agoraphobia’, he truly stepped out of the shadows on 2010’s stunning Deerhunter album ‘Halcyon Digest’, on which his surprisingly upfront vocals, devoid of masking effects and with only minimal reverb, took the lead on ‘Fountain Stairs’, as well as the stand-out centrepiece of the record, ‘Desire Lines.’ When writing about that song for the rundown of their favourite tracks of 2010, Pitchfork stated that ‘as a songwriter, Pundt has a gift for sneaking into epic territory through the back door– delivering a big, guitar-driven payoff without condescending to cheeseball bombast.’

In the two songs that appear on 12PALM03, Pundt showcases this striking ability once again. The shimmering, cascading guitar line of ‘Remember Our Days’ gives the song a graceful, cinematic quality, juxtaposing with the simple humility of the lyrics as Pundt sings ‘ If I don’t see you again/ I’m glad that you were my friend’. The second track on the Lotus Plaza side, ‘Out of Touch’, revisits the obscured vocals of ‘The Floodlight Collective’, but also recalls the unabashed pop hookiness of ‘Desire Lines’ in its lilting, yearning chorus. After touring around the world with Deerhunter in support of the highly acclaimed ‘Halcyon Digest’, Pundt is currently recording for the second Lotus Plaza album on Kranky, which the two tracks on his side are demos for.

The driving force behind Odonis Odonis Dean Tzenos’ passion to produce was born of a juxtaposition, binding the orderly with the anarchic, the sacred with the destructive, the playful with the terrifying. Wrapping every song with deep sea reverb and cold fingertips, Odonis Odonis distills the vitals of pop and experimentation. Molded at a young age by the sounds of indie, new wave and industrial mix-tapes passed on by Dean’s elder sisters, Odonis Odonis harkens to The Jesus & Mary Chain, Pixies, Big Black and The Cure. Like a good post-modernist, however, these influences merely colour, but do not define Odonis Odonis. What started off as a whimsical fancy to create an homage to the sounds of his youth, Odonis Odonis ended up converting a cramped den space into a veritable music studio. Dean, the driving force behind Odonis Odonis, marries distorted daggers and porcelain vocals into a grimy, gum-splattered ménage of surf-gaze, punk and lo-fi.

Odonis Odonis’ contributions to the split are four courses from the forthcoming Soft Boiled Hard Boiled LP, due out on FatCat in April 2012. With the aid of musical luminaries Kathryn Calder & Kurt Dahle (New Pornographers), Colin Stewart (Black Mountain, Pretty Girls Make Graves) and Nick Yacyshyn (A Textbook Tragedy), Highnote, Mr. Smith, Breathing Hard, and Angus Mountain range from melodic and ethereal to brash and relentless. With such a broad musical scope, it’s the metaphysical equivalent of your favourite mix-tape.