Make Amends, for We Are Merely Vessels

by Our Brother the Native on Splinter Series 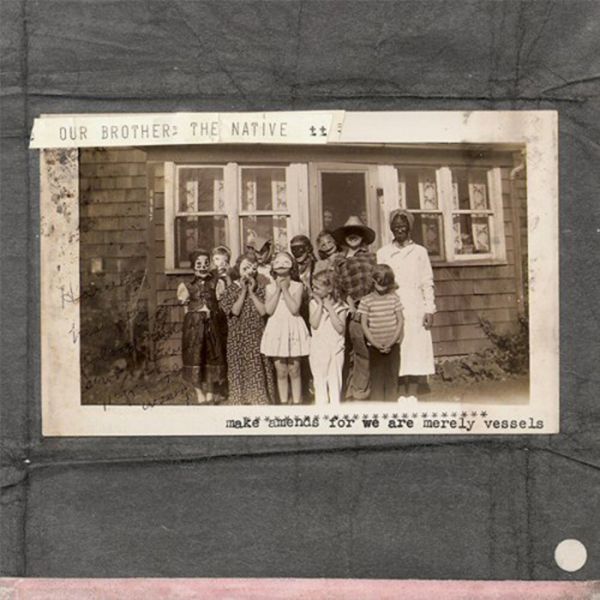 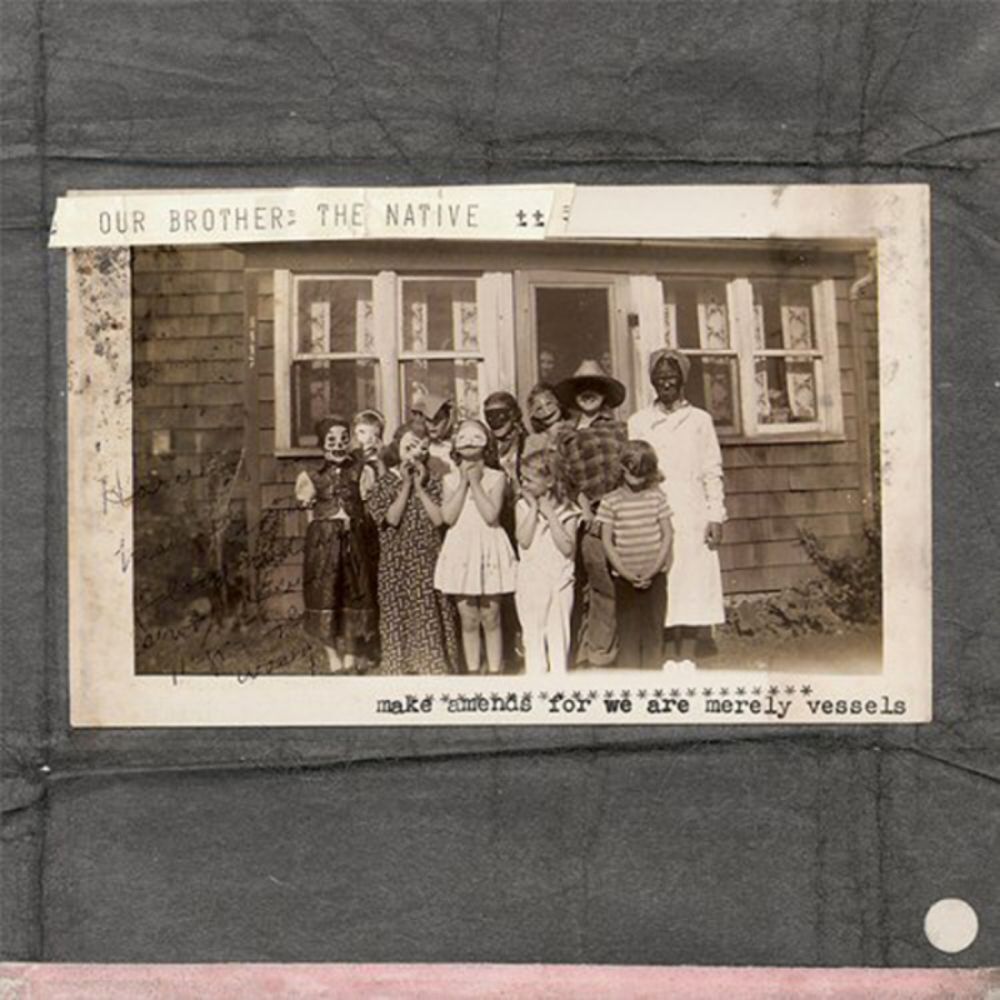 Our Brother The Native is John Michael Foss (guitar, drums/percussion, piano, bass), Joshua Bertram (guitar, bowed banjo, sounds/samples, synth, vocals ) and Chaz Knapp (piano, guitar, bass) - three young Americans who we discovered towards the end of 2005. Released in July 2006, the band’s debut album, ‘Tooth and Claw’, formed a thrilling, beautifully jumbled gush of ideas and emotions – its campfire clap-alongs, skewed vocals, and use of circuit-bent children’s toys seeing them coming on like the kid brothers of Animal Collective or CocoRosie. Following on from that release, yet marking a major shift and forming very much its own space, ‘Make Amends, For We Are Merely Vessels’ is a bold and expansive album that ebbs and flows with huge power and considerable skill.

The eight songs here clock in at between six and fourteen minutes each and take their cues more from expansive post-rock / noise rather than any freaked folk scene. Self-recorded in Josh’s dimly-lit Michigan basement between May – December 2006, they were aided by Kayleen Nilsson on viola, a schoolfriend who has been in the band as an additional member for shows and some recording for the past year. Where the previous album was all jagged / ruptured songcraft, ‘Make Amends…’ is a much more fluid, immersive affair, a dense weave of layered (and partially buried) sounds worth a deliberate and slow building grasp of dynamics. Devoid of regular verse / chorus structuring, its songs sprawl out and unfurl with their own particular logic, mixing rich drones and flickering detail with brief but swollen, almost anthemic bursts of emotion, and the simmering threat of explosion. At different points it recalls the likes of Sigur Rós, Godspeed You Black Emperor!, Stars Of The Lid, Popol Vuh, or Black Dice circa ‘Beaches and Canyons’.

Whilst ‘Tooth and Claw’ was recorded and pieced together through internet to-ing and fro-ing, before Josh had even met Chaz and John Michael, let alone played any shows, ‘Make Amends’ was carefully planned out. Before recording, the band had been playing these songs together live for over a year, allowing them to change shape and grow from show to show (a process that’s ongoing), and had a good idea of how they wanted them to sound on record. As Chaz says “I feel this record shows who we are more now, instead of who we were trying to be” and Josh expands - “this sound has come much more naturally to us. Conceptually, it had so much more thought put into it than ‘Tooth & Claw’, and recording took about year overall, recording bits of songs here and there… We tried to keep this album much like our live shows, in the sense that we were creating a sonic tide that came in and out, with waves of sound building up slowly, and then finally coming to a huge crescendo and then calm again. We definitely didn’t overdo these songs, they are pretty much what we would play live - we didn’t orchestrate them and use smoke and mirrors to jazz the songs up. It’s pretty straightforward, more about honest sound, and bearing your flaws and creating tension…”

With less organic instrumentation and much more electronics, processed samples and sounds on this album than previously, the introduction of a synth gave the album a colder, darker edge. ‘The Multitudes Are Dispersing’ and ‘As They Fell Beneath Us’ feature an old piano in Josh’s house. ‘Younger’, features an old cassette recording of Josh (then aged just 4!) playing piano and his mum and dad asking him to sing songs for his grandfather who was in hospital at the time with cancer. ‘Tooth and Claw’ featured old samples of the same grandfather talking and singing, so it keeps a family link, a subconscious ongoing theme. The artwork features photos of the band’s families, and the album as a whole bears a far more personal intent. Chaz explains its subtext as being about ”the emotional connection between us as individuals, us as a band, and between our loved ones… an album about internal struggles, human emotions and how we deal with one another.” You might also hear a darker, much more youthful aggression and angst.

Brilliantly controlled and hugely ambitious for a group so young, ‘Make Amends..’ is a deep and powerful album that deserves your attention.